Everyone has a role to play to make our community climate-ready. Help spread the word about climate change adaptation.

“This is not just about coping with climate change, but prospering through it.”
― Canada’s National Round Table on the Environment and Economy, 2012

Recognizing the need to integrate climate adaptation across the Corporation of the City of Thunder Bay provides an opportunity to coordinate decision-making and planning efforts, in order to reduce vulnerabilities and build resilience in all departments.

The City of Thunder Bay recognizes the need for climate adaptation in addition to ongoing mitigation and sustainability efforts. The City has been implementing mitigation measures since 2007 through the EarthCare Sustainability Plan and has made the commitment to transition to a carbon-neutral future beginning with a reduction of greenhouse gas emissions by 20% below 2009 levels by 2020. However, the scientific community has warned that the world will experience further changes in climate regardless of future greenhouse gas emission scenarios.

The vision of the Climate Adaptation Strategy is to build community resilience to reduce the risks inherent in climate change and take advantage of opportunities while building upon existing adaptive actions.

While mitigating emissions remains necessary to avoid catastrophic change, adaptation to the risks posed by climate change is key to minimizing their immediate impacts.

The need to proactively plan for climate adaptation has become a priority for the City of Thunder Bay and is supported by the Mayor, Councillors, City staff, citizens, community stakeholders, regional groups, the Government of Ontario, and the Government of Canada. The work currently being done in Thunder Bay on climate adaptation has been recognized as an example of progressive municipal governance. It is an opportunity for the City to place itself amongst leaders and capitalize on opportunities related to climate change, while proactively planning to reduce risks, save resources, and continue to offer a high quality of life for residents of Thunder Bay.

Why Develop a Climate Adaptation Strategy

A survey conducted in 2013 found that 70% of citizens felt they had already experienced the impacts of climate change in Thunder Bay. 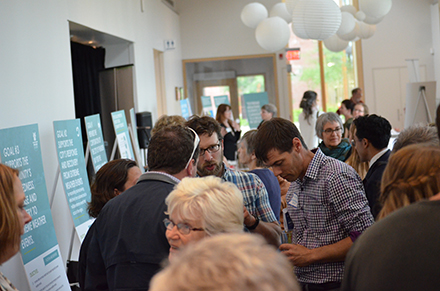 The Ontario Ministry of Environment and Climate Change released a climate adaptation strategy and action plan in 2011 and a discussion paper in 2015 to address climate impacts and climate change in the province. Both documents acknowledge that adapting to climate change goes beyond the mandate of any one ministry, and recognize the need for adaptation in the communities where the consequences are felt.

The Lake Superior Climate Change Impacts and Adaptation Report (2014), completed under the Lakewide Action Management Plan, also states that it is important for stakeholders and partners in the Lake Superior region to work together to adopt and implement climate management strategies based on current knowledge, and to gather information to inform future climate change adaptation actions.

It is widely recognized that the impacts of climate change affect the services and infrastructure of local governments. Thankfully, municipalities possess many of the tools necessary to increase resilience such as emergency response groups, standards, codes, and official plans. The 2014 Ontario Provincial Policy Statement makes reference to climate change in a number of policies and mandates local planning authorities to support climate change adaptation through land use and development decisions.

Ultimately, the purpose of developing a Climate Adaptation Strategy for the Corporation is to: 1) identify the potential impacts related to climate change in Thunder Bay and the risks they pose to our various service sectors and to our community; and,  2) propose possible actions to reduce risk and vulnerability associated with climate change impacts through adaptive measures.

The strategy will complement existing municipal processes as well as ongoing climate adaptation initiatives of the Province of Ontario and will serve as a resource for other municipalities in Northern Ontario, particularly along Lake Superior’s North Shore. Having a Climate Adaptation Strategy will also place the City in a strong position to access potential sources of funding as the federal and provincial governments integrate climate change adaptation and resilience considerations in infrastructure and asset planning decisions.

Climate change adaptation has been identified as an important direction for the City in the EarthCare Sustainability Plan 2014-2020 and as a strategic goal in the 2015-2018 Corporate Strategic Plan.

Municipalities of all sizes across Canada are employing planning processes to adapt to the realities of climate change. As the field of climate adaptation planning evolves, the range of approaches that communities may choose to employ also expands. Adaptation plans must be relevant to local circumstances, resources, and capacity.

This Climate Adaptation Strategy was developed for the Corporation of the City of Thunder Bay. The information presented in the strategy brings together outcomes from over two and a half years of work. It is intended to be a living document and will continue to be revised and updated as climate change science and adaptation practice evolves. As the first Climate Adaptation Strategy for the City of Thunder Bay, many of the proposed actions focus on increasing understanding of challenges,identifying potential gaps, and integrating climate change into current planning, design, and emergency management practices to build on existing strengths and incorporate resiliency into everyday operations as well as infrastructure investments. The strategy and the actions proposed herein are intended to be mainstreamed and integrated into regular municipal functions.

ICLEI – LOCAL GOVERNMENTS FOR SUSTAINABILITY
ICLEI is an international non-profit that has established itself as a leading organization and expert in climate change planning. 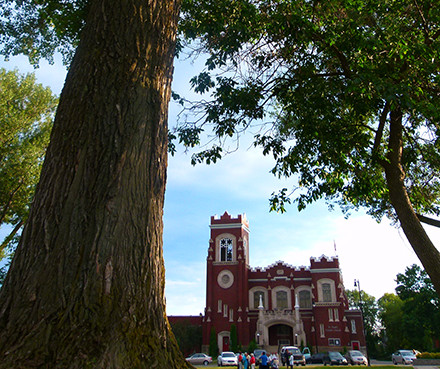 The City of Thunder Bay has opted to utilize ICLEI Canada’s (Local Governments for Sustainability) Building Adaptive & Resilient Communities (BARC) Five Milestone Framework, and tailor it to the City’s priorities. Using the ICLEI methodology, the City of Thunder Bay has embarked on an internationally-recognized municipal planning process to create a strategy that is led by the Corporation while incorporating multi-stakeholder involvement.The BARC Five Milestone methodology provides a structured approach to adaptation planning which moves local governments through a series of progressive steps where each milestone builds on the findings of the one before as illustrated in Table 1. By following ICLEI’s approach, local governments develop an understanding of the regional and infrastructure challenges they face. The five-milestone process is outlined in ICLEI’s Changing Climate, Changing Communities: Guide and Workbook for Municipal Climate Adaptation.

The City of Thunder Bay joined the BARC Program in October 2012, and EarthCare has been leading the development of the Climate Adaptation Strategy with the support of City Council since September 2013.

Enhancing awareness and building capacity have been cornerstones to the City’s approach to climate adaptation planning, brining together key community stakeholders, municipal decision-makers, and cross-jurisdictional partners to shape the City’s Climate Adaptation Strategy.

The climate change impacts, goals, objectives and actions presented in this strategy have been centred on workshops and engagement activities that leveraged expertise and local knowledge of City Council, City managers and staff, service sector professionals, key community stakeholders, and EarthCare community partners to ensure that the overall strategy aligns with existing organizational priorities and can be integrated within departmental functions. These collaborative efforts have been instrumental to strengthen existing partnerships, to draw on community expertise, and to identify where additional engagement may be required to implement the adaptation actions identified.

In total, over 170 people have been engaged in the development of the City’s Climate Adaptation Strategy. A strong collaborative approach was followed to ensure:

Milestone One was completed in March 2014 by identifying stakeholders, building internal capacity, and communicating with stakeholders. A total of 12 Climate Adaptation Workshops were held from December 2013 to May 2014 as the first step in the development of the City’s Climate Adaptation Strategy. Workshop participants were asked how changes in climate or weather patterns would impact Thunder Bay’s various sectors including:

A total of 46 potential impacts were identified through this process. Internal and external stakeholders as well as existing adaptive municipal actions were also identified. The outcomes of Milestone One are detailed in the Climate Adaptation Workshop Series: Report on Climate Impacts in Thunder Bay and the Milestone One Output Report: BARC Program Report Prepared for the City of Thunder Bay.

Climate projections for the region were compiled and summarized in the Thunder Bay Climate Change Research Project Final Report to highlight climate change impacts to which Thunder Bay is particularly susceptible. These include increases in temperature and temperature variability, changes in precipitation, and increased frequency and severity of extreme weather events.

A vulnerability and risk assessment was used to identify which climate change impacts pose the greatest risk to the Corporation of the City of Thunder Bay. Results from the assessments were used to prioritize the list of 46 potential climate change impacts previously identified in Milestone One. Impacts with medium to high risk scores were carried forward to the planning-phase of Milestone Three. Outcomes of the vulnerability and risk assessments are summarized in Appendix D and detailed in the Thunder Bay Climate Adaptation Strategy: Risk & Vulnerability Assessments Results report

Milestone Three built on the extensive consultation, communication and research carried out in Milestones One and Two to: establish goals and objectives, identify and prioritize potential climate adaptation actions specific to the City of Thunder Bay, establish a monitoring and evaluation strategy with a list of 20 indicators, and draft an implementation framework. Milestone Three was completed with consulting services and support from Arbora Management Services and Sustainability Solutions Group.

The outcomes of Milestone Three are detailed in the Milestone Three Climate Adaptation Action Plan. These were also presented to the public during a reception event held on June 23, 2015. The event was successful and showed there is strong community support for climate change adaptation in Thunder Bay.

Following the approval of the Climate Adaptation Strategy, City staff will move to Milestones Four and Five, the Implement and Monitor/Review Phases. These include identifying implementation tools and initiating actions while engaging and communicating with residents and stakeholders, tracking the progress and effectiveness of actions, and updating the strategy as necessary.

Explore the next section